When you enter the Lost Forest, you immediately are separated from the rest of your party. So, you need to explore the forest and find everyone.

Note: If you leave the Lost Forest and come back, your entire party will be separated again, whether you've already found zero friends or all 9, so make sure you beat the boss and break the seal before you leave this dungeon!

It doesn't really matter which path you follow, as long as you make sure you've found everybody, and collected all the treasure. (Each red star on the map represents the location of one party member.)

There are a lot of secret passages in here, which I haven't marked on the map, but most of them should be easy enough to find.

There is a mandatory boss battle at the end of this dungeon.

For this battle, I used Bruce, Tink, Zilva, Midori and Lufa.

Bruce had the Eagle Bow and so he attacked all enemies, and I had Tink use Big Bang.

Bruce also had Full Cura, and I wound up using that a lot more than I thought I would.

(Even on Easy difficulty, this battle is pretty hard.)

The Babarue Priest can cure everyone, so focus on killing him first. Then take out the Mage, then go in whatever order you prefer.

After this battle, the seal is broken, but you still can't warp so you'll have to walk all the way back to the entrance.

Your next destination is the Labyrinth of Fire. 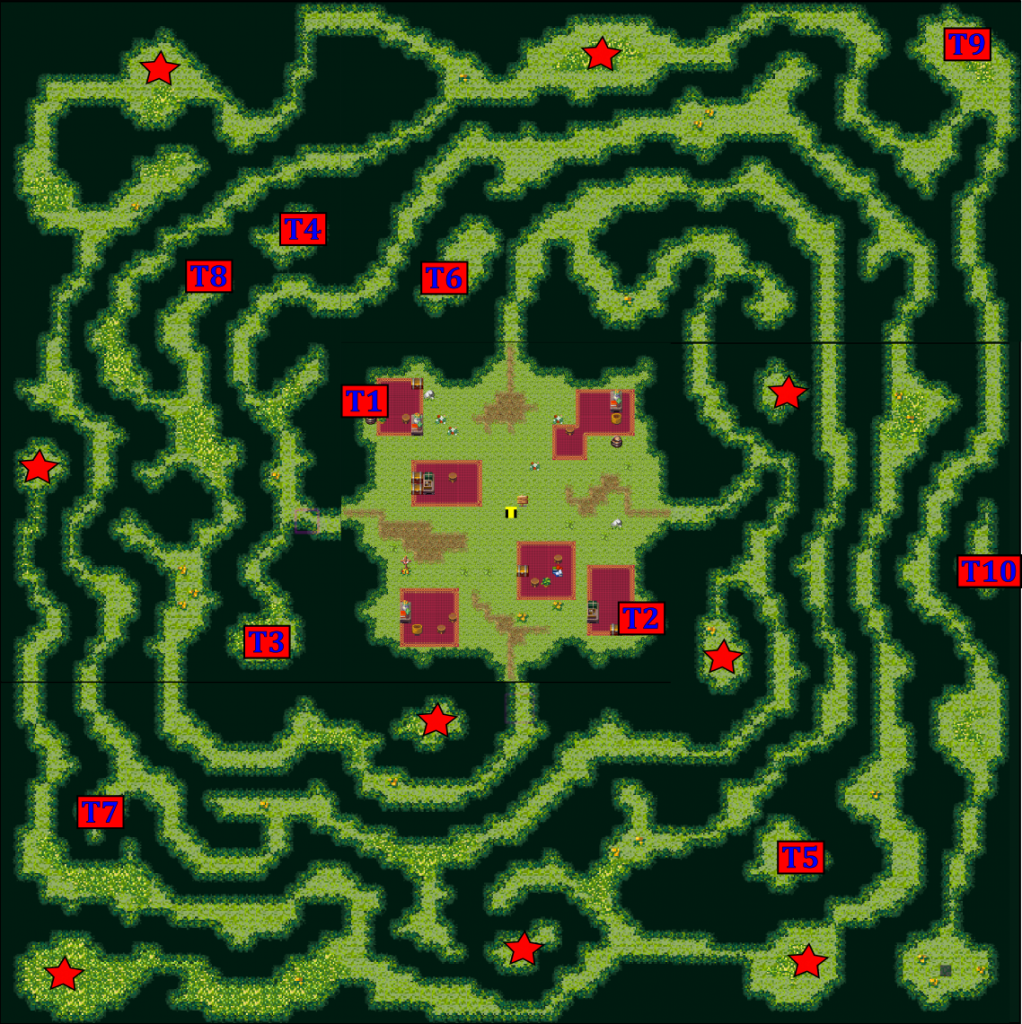