Make sure you've "Bet on Fights" in Arena Town, and have the Bronze, Silver, and Gold Medals before you enter the Tower of Mirrors!

Practically every floor is split in the middle, meaning you have to go up one side, and down the other.

On the eighth floor there are 3 separate boss battles.

For this battle (and the next 2), you can use whoever you like.

In this battle, it seems you face the 5 party members who are not currently in your fighting party.

I used Zilva, Lufa, Tink, Bruce, and Temi, so I got to face Blont, Mazenda, Midori, Linn and Claw.

I had Lufa and Zilva focus on one enemy at a time. Lufa cast Dark Matter and Zilva used his regular attack.

I had Tink use Big Bang, and Bruce attack all with the Phantom Bow, and I had Temi use Darkness.

When I got down to one enemy, I just had everybody attack.

After this battle, you can challenge the Silver Medal battle.

For this battle I used Zilva, Tink, Temi, Blont, and Mazenda, and I faced off against those same 5.

So, it looks like in this battle, you face the same 5 people that are in your fighting party.

I used Zilva's regular attack, Tink's Big Bang, Blont's Explosive Fist, and Temi and Mazenda's Darkness and on Easy difficulty, I won this battle in one round.

(Your results will vary.)

After this battle, you can challenge the Gold Medal battle. (But make sure you heal everyone and save your game first.)

For this battle you face off against all 10 Part Members.

The secret to winning this battle lies in AOE attacks.

I used Temi, Mazenda, Tink, Blont and Linn, and each one use their strongest AOE spell (and of course, one enemy was "denied" so I had to fight them singly on the second round).

Again, I fought this battle on Easy difficulty, so on Normal, expect it to be a lot tougher.

After this battle, you get 3 Dragon Pearls!

And now that you're done here, you can just drop down the middle all the way to the first floor, take stairs D to the second floor, then drop down V to the entrance. (Or use a Dwarven Card to go straight to Dragonlord Castle, which is your next destination.) 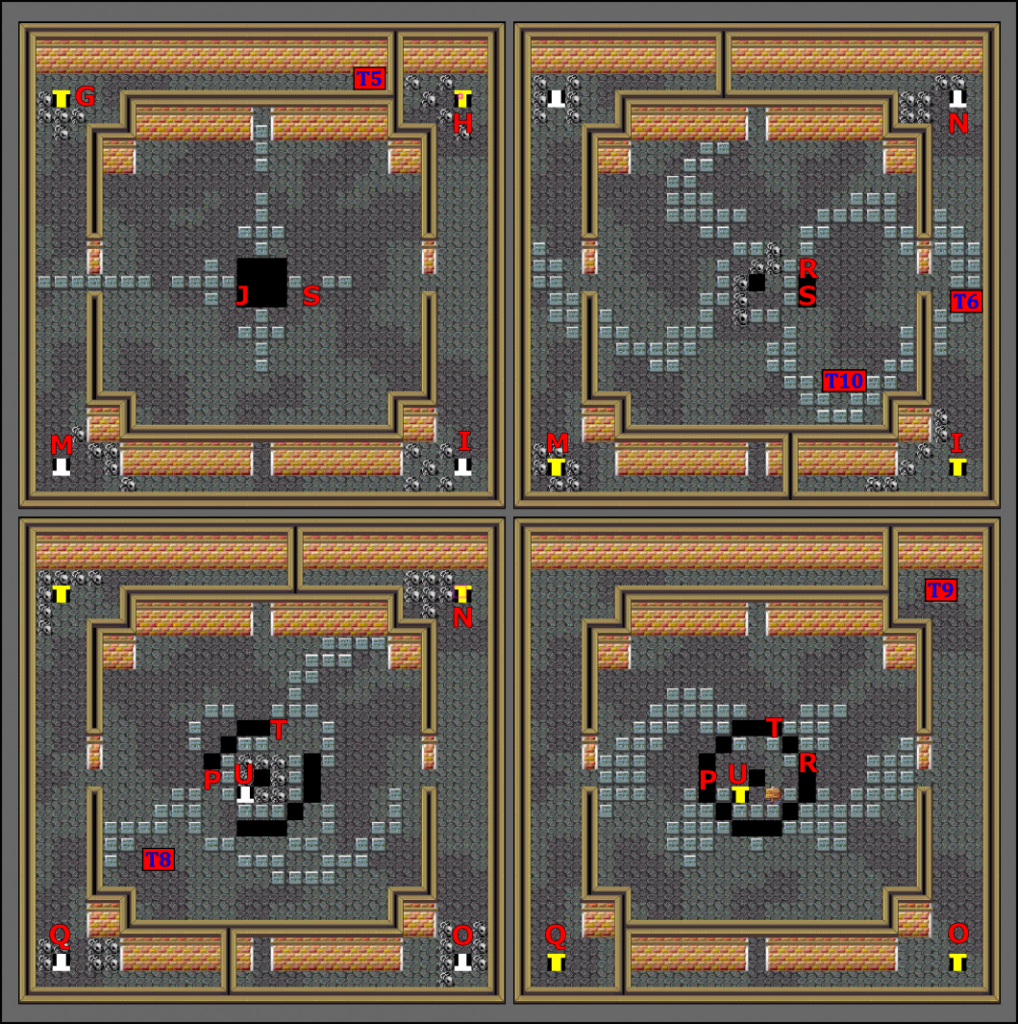