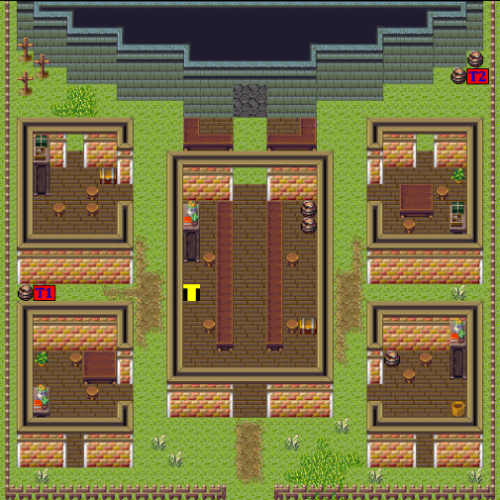 The actual arena in Arena Town doesn't open until after you beat the Volcano of Essence.

That doesn't really matter, though, because you don't need to do anything in the arena unless you do the bonus material.

But there is a really important treasure here - and some pretty awesome weapons and armor.

Get the Sorcerer's Deed in the northeast corner, then check out the shops.

Between Arena Town and the Forgotten Village (where you'll go next), you now have access to some pretty awesome gear.

You may want to spend time grinding in Antarctica, until you can afford to upgrade at least 5 people's weapons and armor.

For right now, just grab the two treasures, then exit to the World Map and fly just a little to the southeast to reach the Forgotten Village.