Go around the east side of the castle, and get treasure T1, then go west along the top of the screen (behind the castle).

Get treasure T4, then take stairs C up to the second floor.

Now take the path to the center of the room and get treasure T5, then go back and take stairs D up to the third floor.

Check the barrels in here; two of them have treasure. Also, there is a path to treasure T8. You just can't see it, but it's at the bottom of the screen (behind the castle wall).

Now take stairs E down to the second floor. Go south and explore the rooms for treasure, then go back and head northeast as far as you can and get treasure T11.

Now circle around to stairs F. In order to get treasure T12, you need to go down the stairs, then back up. Now back down F, then around to stairs G, which will put you back in the basement.

Now get treasure T13, then start heading toward the Boss. But, in the southwest corner of the screen, take the secret passage to treasure T14.

Now circle around to the room in the north, and a boss battle.

These guys are nasty! And unless you've changed jobs at least and upgraded your gear, you'll quite likely lose this battle.

I recommend you use whatever all-out attacks or spells you have until everyone but the Craft Mage is dead.

After that, use whatever attacks you like, and just watch everybody's HP.

After the battle you get the Desert Key, which will allow you to unlock the doors in the castle, and get the final treasure on the first floor. 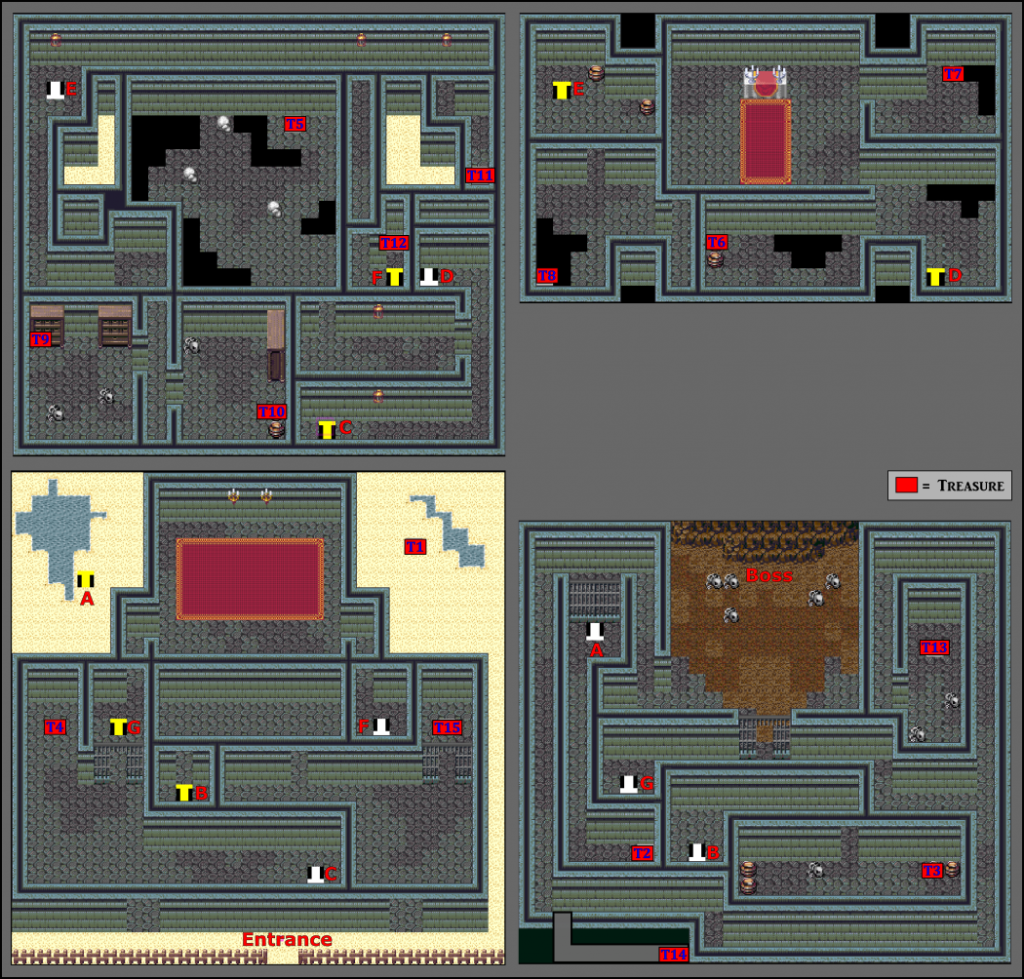