Talk to the elf in the room in the southeast, who tells you that jewels were once used to summon strong monsters. She says the jewels are currently locked up in Light and Dark Cave, and you'll need the spirits to help you unseal them.

So that's where you'll be going next - but first you'll want to detour through the Forest Castle.

Two of the characters that will join your party are located in the Elven Village and the Forest Castle, but you can only recruit one of them now. The other one will have to wait until after you've defeated the boss in the Volcano of Essence.

In the Elven Village, if you talk to the elves in the middle room, they'll tell you they're being attacked by Amazonians.

One of the elves in this room, Lufa, will join your party, but if you invite her right now, she'll say she can't leave her post.

However, if you then speak to her again, she'll ask if you want to test your skills. If you say yes, you'll be able to fight her. And, if you can fight and defeat both Lufa, and the Amazonian Midori, you will be able to recruit one of them to your party.

Note: Again, between the Elves and the Amazons, you'll only be able to recruit one of them into your game until after you've defeated the boss in the Volcano of Essence. It doesn't make a big difference which one you choose now; just know that you can only choose one.

Whether you have Lufa join your party now or not, your next destination is the Forest Castle. 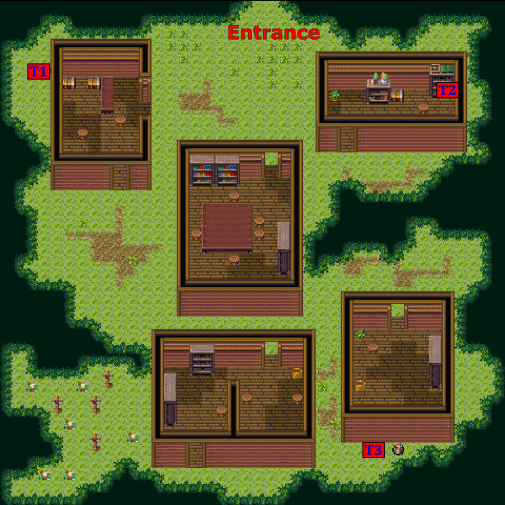