The shops here have some pretty good gear. I recommend buying two Steel Robes - one for Mazenda, and one for Temi. After that, if you have the gold, you can buy whatever else you want.

The Item Shop here sells Dwarven Card, which is fairly expensive, but will allow you to warp to a town from inside a dungeon, so it's worth buying a couple of these for those times you don't want to walk back through a long, complicated dungeon.

Getting into the Castle

At the north end of the Empire, there's a set of locked doors and a guard outside who says, "Those without one, can't enter." Unfortunately, he doesn't say what that "one" might be...

In order to get into the Empire Castle, first warp to Mountain Village. You'll notice that there's only one person here; talk to them to find out what's happened to everyone else.

Now warp to Northwest Town, and go to Zilva's house in the northwest corner. Talk to Zilva (who was not there before!), and he'll join your party, and now you can warp back to the Empire, and enter the castle.

(You may have to talk to the guard before the doors will open for you.)

Once inside, go upstairs and talk to the Chief in the room in the east.

Note: In order to get the Chief to talk to you, you have to stand in front of him on the opposite end of the table.

The Chief says he'll let the people go if you can find him a Spirit Tear, and then he says you can find a boat in Port City. Port City is to the far east of the Empire.

When you're done here, head east to Port City. 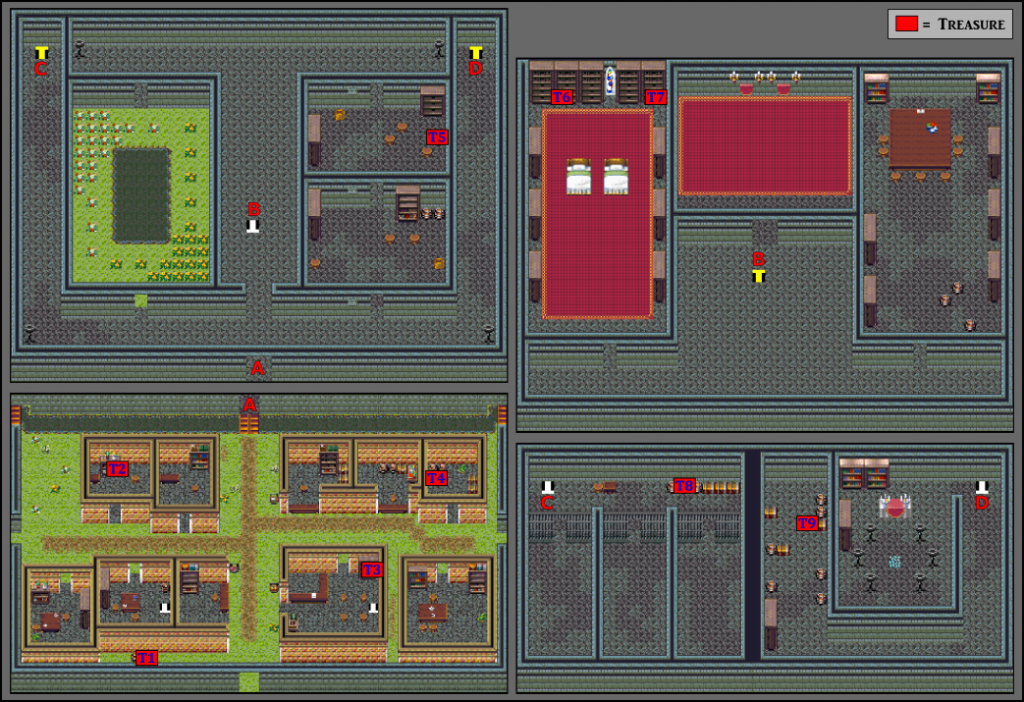