This is a small dungeon, but it's a bit more complicated than it looks. This is mainly because a lot of the treasures are locked, and you need to find the key before you can open them.

From the entrance, get treasure T1 then takes stairs A. There is a path to stairs B, even though it doesn't really look like it. Just walk along the east side, and turn right just below the little ridge, and you'll find it.

So, take B to stairs C. Get treasure T2, T3, and T4, then cross the bridge to the south and take stairs D.

Now go northeast to stairs E (grab treasure T5 and T6 along the way). Now get T7 - the Volcano Key.

Now up one floor, and go get treasure T8. Then head northwest, get T9, then take stairs F.

Go through the door and press the switch. Now, if you look at your map, you'll see that the island south of stairs E is connected.

So now, go back around to stairs E, and go all the way to the bottom of that area and press the next switch. Check the map again, and now the two islands in the south are connected.

Now, you have to go all the way back to stairs B (but make sure you get treasure T10 along the way!) From there, take stairs G, and get treasures T11 and T12, then take stairs H.

Grab T13, then press the third switch. Now, the island in the middle is connected to the one with stairs F. So, now you have to go all the way back to stairs F. But, at least you've already collected all the treasure, so now you can just follow the map all the way to the boss battle.

This is probably the hardest battle in the entire game.

For this battle, I recommend putting Lufa, Zilva, Midori and Tink in your party, plus any one good attacker.

Papurun uses a lot of magic, so have Midori and Zilva cast Reflect on each of your characters.

(Unfortunately Reflect doesn't actually turn his magic back on him - but it will "deny" the magic for any party member it's cast on. With that in mind, if you use Reflect you won't be able to use healing magic, so make sure you have plenty of healing items on hand.)

Have Lufa use Dark Matter. It'll lower all of Papurun's stats quite a bit, but it wears off every few turns, so keep an eye out and be ready to cast it again.

Then have Tink use Gigavolt or Meteo, then use whatever attacks or magic you like.

After the battle you get a Dark Crown, and then he transforms and you get to fight Ultra Papurun.

Again, have Zilva and Midori use Reflect on each party member.

Have Lufa use Dark Matter as needed, and have Tink use Gigavolt or Meteo.

Now, just keep Reflect active on everyone and keep whittling away until he goes down.

After this battle, you get the Ending credits. When the credits are done, press Enter to go back to the scene in the Volcano. You'll get a Dark Lord's Gem, and then you're transported back to the Empire and prompted to save your game.

You have now successfully beat the game, and everything beyond this point is bonus material. 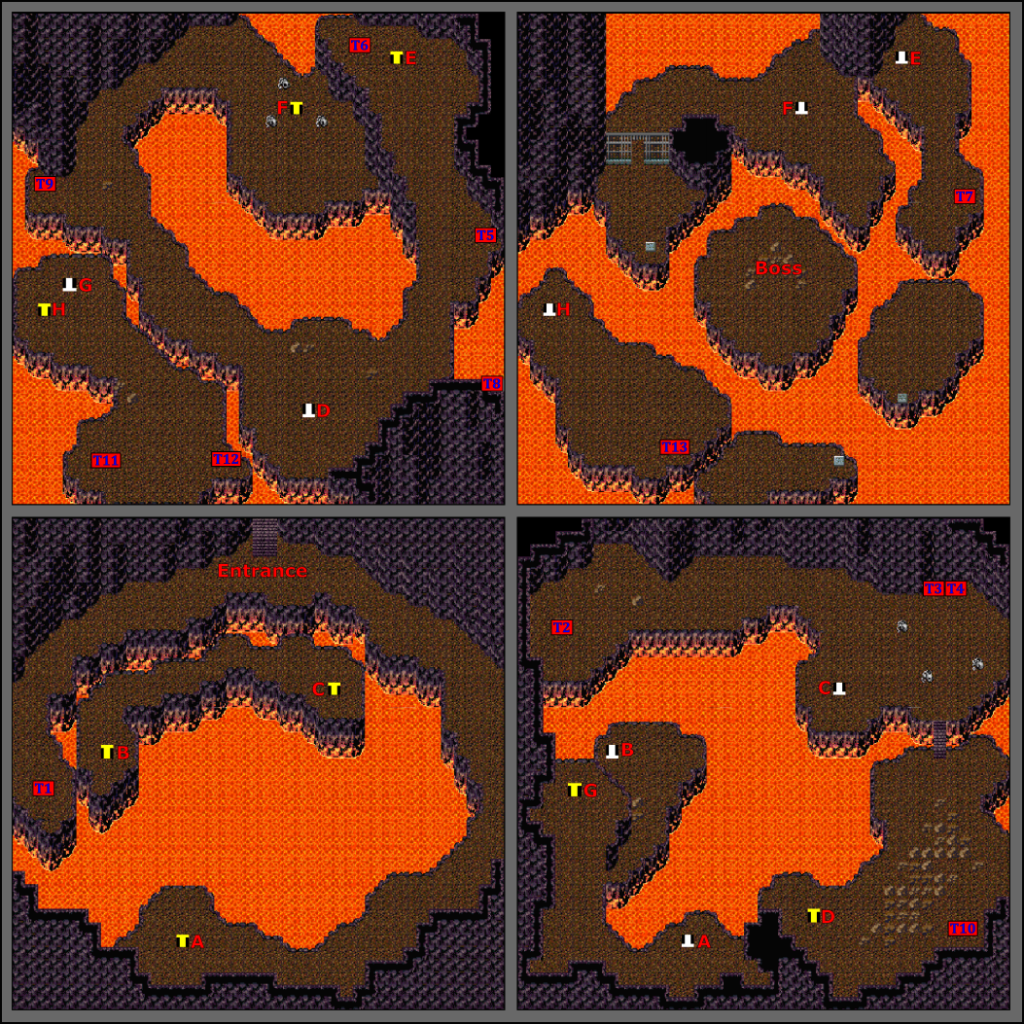