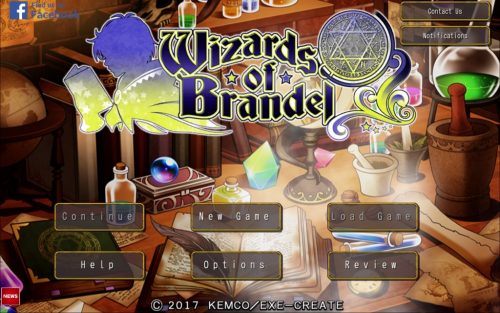 There are 2 reviews for 'Wizards of Brandel'.

I love this game

Well, I actually love this game. If I had bought this game I would not regret, but I would take a star from somewhere because… getting IAP is not really hard. It only requires some patience.

======== First Impression
People told me this game was a rip-off from Fernz Gate, and had slow load times.

======== Comments After Playing
The mechanic part is, indeed, a copy of Fernz Gate – skill cooldown, buddies, team battle, full HP after each fight, no inns, plant, etc.
There were minimal innovations like Dousing – which gives items after 10 battles – and the limit burst system, which was not enough to gain a star from creativity and I hardly used.
The efforts to make the game look less like a Fernz Gate codebase copy were too weak, but the game does fine even if the mechanics are the same – mostly because, you know, Fernz Gate is an amazing game.

The storyline was well written (unlike some recent Kemco games), there was even a plot twist here and there. There was Maidame Curie asking for huge amounts of money which really was totally uninteresting and unnecessary, but it helped to build your own story and, well, it was something *new*.

======== Rating Summary
I hadn’t problems with controls and it was intuitive, easy to guide around – so five stars here. Keeping things simple is the rule for controls.

Gameplay and Skills work very like Fernz Gate. Four stars because it’s great, but not impressive, very original, etc.
Gameplay have various bugs (see forums). It will never reach 5 stars like that.
But I’m letting it slip and giving 4 stars because these bugs didn’t impact negatively my gameplay experience.
Battle System have the Limit Burst addition, but, I don’t know, I didn’t thought it was important and/or useful. So, it’ll have 4 stars too.

Story is good, so, five stars. This concludes my review.

======== Monetary Worth
I would consider buying the premium version of this game.

…Although if you wait a month on Freemium, just doing the watch-six-ads campaign, you will have a premium-equivalent freemium (just with ads).